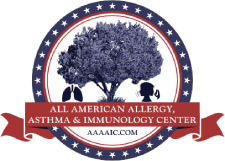 Background –  Eosinophilic esophagitis, or EoE patients have trouble swallowing foods. Foods often get stuck which is known as food impaction. It can be an individual food or certain foods such as thick meats. If the patient is unable to swallow or vomit up the food, they will need emergency medical attention. Some patients compensate by drinking large amounts of liquids to push down the food. Cases of EoE are more common today, due in part to increased physician awareness and in part to an uptick in allergies and asthma. EoE can look very different at different stages of life. In infants, the disease can result in an aversion to eating; as a result, the child may not meet typical growth milestones. In school-age children, the patient may have abdominal pain, trouble swallowing, and vomit often. In teens and adults often have difficulty swallowing thick foods (meats, potatoes, thick breads etc.).

How it works/Pathophysiology – In EoE, the patient has a high number of white blood cells known as eosinophils in the esophagus that trigger inflammation. These cells are typically not present in the esophagus. Eosinophils release chemicals that cause the esophagus swell and thicken as a result, making it difficult for the patient to pass swallowed food through the esophagus. Risk factors for this syndrome include current allergy diseases, family history of EoE, history of acid reflux and living in cold dry climates.

Diagnostic Testing – Upper Endoscopy (EGD or Esophagogastroduodenoscopy) consist of a scope of the esophagus and upper GI tract. A biopsy of several parts of the esophagus is taken. It the biopsy reveals >15 eosinophils per high power field then the patient has EoE. This procedure is usually conducted by a Gastroenterologist.

Direct food skin testing with food(s) in question can be done in which is called a “prick-prick” testing. With this form, the food item is pricked and then the patient’s skin is pricked. 20 minutes later, the wheel and flare of the prick site is measured, and the allergy provider will discuss the results and overall interpretation.

In -Vitro food allergy testing consists of whole blood draw at a local lab for which the whole blood is analyzed for the IgE antibody to various foods. About 1.5 wks later, the allergy provider will discuss the results and overall interpretation.

Patch Skin Testing consists of directly exposing a patient’s skin to a suspected trigger. Very small chambers containing different potential allergens are taped to a patient’s back for several days to see what skin reactions occur. Chambers may contain a variety of substances to include foods and preservatives. Localized patches of inflammation appear within 2 to 4 days, or even up to a week, if a skin allergy is present.

Food Diary consists of a list of food and/or beverages that were consumed at least (2-4) hours before the adverse symptoms began. The diary can assist the allergy provider with narrowing down the trigger.

Elimination Diet – This therapy consists of careful elimination of the suspected trigger that has been either confirmed through history or testing. There are multiple types of approaches which are patient dependent. Your allergy provider with assist with composing the right elimination diet plan that coincides with the patient’s lifestyle.

Swallowed Steroids – Steroids such as budesonide or fluticasone, come in liquid forms that can be easily swallowed. They work by turning down localized inflammation of the esophagus.

Proton Pump Inhibitors – Proton pump inhibitors such as omeprazole and pantoprazole work by reducing the amount of acid produced in the stomach which can rise to the esophagus. The acid in the esophagus can cause infiltration of eosinophils which can lead to EoE symptoms.

Dupixent – FDA approved, Dupixent have been shown to reduce esophageal eosinophils and symptoms in EoE patients. 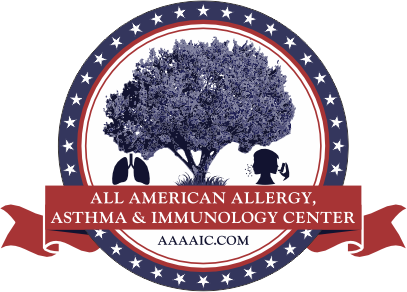